Social media is the most powerful marketing tool you have, but which platform is right for you? Read on to see the differences between Twitter vs Facebook.

Nowadays, it's not enough to only have a website for your small business.

Social media has completely and permanently altered the way consumers and companies interact. Because of this, many businesses have begun to rethink their marketing strategies.

Facebook and Twitter are currently two of the biggest names in the social media game. Having an active account and advertising on either one of these sites could give your business the boost it needs to reach the next level.

But which of these sites is best?

It's Twitter vs Facebook - and we have all the information you need to figure out which of these social media heavy-hitters is best for your business. Read on to learn more!

When it comes to in-depth engagement, Facebook is king.

Facebook is one of the most well-established platforms in the social media realm. Because of this, the geniuses behind the site have had plenty of time to test and perfect their available advertising elements.

With Facebook, you'll be able to control every aspect of your campaign and interact with your customers in highly effective ways. That said, no social media medium is without its drawbacks.

Here's everything you need to know about marketing via Facebook.

Facebook currently has over two billion active users. It is the largest social media platform in the world today and untouchable when it comes to reaching potential customers.

On top of that, Facebook offers a lot of targeting tools. So, you can sift through all those users and only market to those who might have an interest in your business.

Also, depending on the size and length of your advertising campaign, marketing via Facebook can be incredibly cheap.

While Facebook is still one of the cheapest options, you still have to pay to advertise on the site, which many consider a negative.

In addition to having to pay for the services, Facebook may not be top dog much longer. While the site is currently the biggest in the game, it's not growing like it once was, and it's primary demographic has undergone a dramatic shift.

Depending on who you want to market to, Facebook may not be the best option for you anymore.

Twitter is probably best known for its strictly enforced character count cap. Because the site forces its users to keep everything short, sweet, and to the point, information on Twitter moves very fast.

But, its speed can be a remarkably powerful advertising tool when used correctly.

While Twitter is a rising star in the social media world, it has plenty of shortcomings that could prove detrimental. Here's everything you need to know about marketing on Twitter.

Where Facebook has started to see a drop in its number of users, especially when it comes to Millennials and Gen Z, Twitter is on the rise. 36% of Twitter's current members are between 18 and 29, and over half of its users are below the age of 50.

On top of that, Twitter offers a lot of the same targeting tools Facebook does. So, you'll only spend money on advertising to people interested in what you have to offer.

Twitter is still growing. And, due to its fast-paced and simplistic structure, it will likely remain a social media maverick for quite some time.

On top of that, Twitter can be much more expensive. So, with the site, you could end up paying more to reach fewer people.

Advertising via social media channels has become the most effective way to market to potential customers. That said, some social media platforms are stronger than others.

When it comes to Twitter vs. Facebook, it all depends on the demographic you want to reach and how much you're willing to spend. Whichever site you choose, advertising on social media will help you take your business to the next level.

Contact us today for more information about our social media services or to get started with your next big marketing campaign. 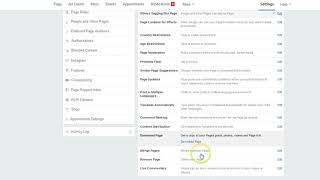 Faribault Video for Be My Guest Loft

Talk With Your Customer, Not At Them

What are open ended questions?

Mindset Book for Month of June

How to Introduce Yourself